Honoring Ted Carron ’62 Through a Generous Bequest, Ted Will Continue to Advance Research at Colgate 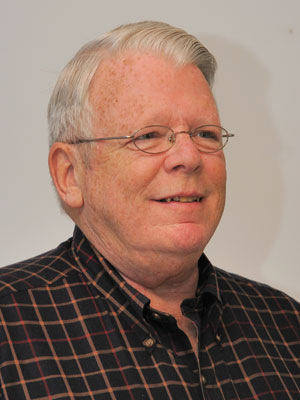 Theodore (Ted) Ridley Carron ’62 was one of Colgate University’s most dedicated alumni. He attended every milestone reunion as well as numerous Colgate football games for nearly 60 years, right up until his passing in 2020. Ted also entrusted the majority of his estate to Colgate.

“Ted’s fondest wish was to honor his alma mater and his parents,” explained Lucille Deutsch, executrix of Ted’s estate. “Through his gift, he wanted to ensure that the University’s legacy of research and education continued with his support.”

Ted’s $1,000,000 bequest will be used to finance the new behavior and genetics laboratory that is planned as part of the Olin Hall renovations associated with the establishment of the new Robert Hung Ngai Ho Mind, Brain, and Behavior Initiative. In addition to the lab, Ted’s bequest established a building maintenance endowment for Olin Hall. Both gifts were made in memory of Ted’s parents, Harold and Frances Carron, who gave him their lifelong love and support.

During his lifetime, Ted had a storied career as an analyst with the Central Intelligence Agency in Washington, D.C., on the staff of the National Security Council, and, ultimately, as a trial attorney in the criminal division of the Department of Justice.

“Ted’s memories of and affection for Colgate were always an important part of his life,” remarked Lucille. He was beloved by family and friends and will be remembered as an important Colgate benefactor.