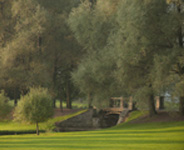 The recently completed Passion for the Climb: The Campaign for Colgate raised $480 million in total, surpassing its goal of $400 million. Planned gifts were an important component of the campaign’s success.

“Planned gifts and documented bequest intentions, which totaled a remarkable $137 million during the Passion for the Climb campaign, will provide essential support for many future generations of Colgate students,” said Dave Hale, VP for Finance and Administration; Treasurer.

“Planned gifts were a very important part of the campaign, generating roughly 30 percent of the campaign total,” said Paul Jenkel ’60, chairman of the Planned Giving Committee for the Campaign.

Many of the more than 800 irrevocable and revocable planned gifts—including but not limited to gift annuities, trusts, bequest intentions, and matured bequests—were designated by donors to support endowment. Colgate is grateful for these gifts. They are vital for building Colgate’s relative wealth, particularly as the economy recovers. We highlight below just a few examples of how different gift arrangements helped donors help Colgate. As calendar year-end draws near, many of these ideas remain relevant even beyond the end of the campaign.

John McQueen ’70, an upstate New York attorney for 35 years specializing in taxes and public finance, established his first Colgate charitable gift annuity in 2010, deferring payments until 2015 when he reaches age 67. Quarterly payments will be made to John for his lifetime and then to his wife as long as she lives.

McQueen explained that the annual annuity payment will not fluctuate. He will receive an annuity payment rate of 6.2 percent—which he called “a pretty good rate based on what you could get for fixed-income investments.”

In addition, donors can designate the Colgate priority they would like to support. “I was asked if there is a particular part of Colgate that I wanted it to go to, and I asked that it support financial aid for students,” said McQueen, who made the planned gift in conjunction with his 40th reunion. “I did not grow up rich; it was fortunate for me that I could get financial aid. I definitely have a bias toward making sure that students of all income levels can go to Colgate.”

Barrett Petty ’63, chose a different giving vehicle. Now approaching his 50th reunion, Petty decided to make a bequest provision in his will to fund a scholarship in his family’s name. Petty’s bequest is a flexible and straightforward way for him to have maximum impact for Colgate through assets in his estate. Further still, he also provided an immediate gift so that he can help students right away through the scholarship.

“I was very fortunate: I was one of those people who went through college without having to maintain a job during the school year,” said Petty, who majored in sociology at Colgate and then went on to earn an MBA followed by a career in international management and investment banking. “Having to work in addition to a full academic load and other activities is hard.” His gifts will provide much-needed financial support for current and future students.

For his immediate gift, Petty explained that he chose to give stock for its tax advantages: he pays no capital-gain tax on the appreciation while getting a significant income-tax deduction. “It’s a much more efficient way for me—and any giver who has stocks which have risen in value—to realize a tax advantage, while the full value goes to the school.

“The most useful donation a person can make is to education, and no better place than a school you respect. It’s a perfect way to make a statement and help somebody out in the future.”

After having already set up three gift annuities, Paul Jenkel provided additional support for Colgate by making the university a beneficiary of a portion of his IRA. An equity fund manager in New York for most of his career, Jenkel said that “from an estate planning and tax vantage, IRA assets are generally the first assets one should consider giving away.”

Jenkel also lauds charitable gift annuities as gift arrangements that compare favorably with fixed-income investments: “This is a very high-quality financial transaction,” he said. “The annuity stream is fixed, with Colgate’s entire assets behind it; you can feel as comfortable as you want to. Further, the subject of Planned Giving, including charitable gift annuities, is an interesting and effective way of broaching the general subject of giving to one’s alma mater.”

As Dave Hale concludes, “The planned gifts and bequest intentions raised during Passion for the Climb continue the long-standing tradition of generous financial support for Colgate—and inspire us to appropriately steward our great university for the next two hundred years!”