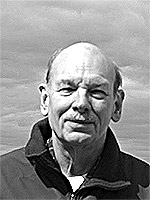 Ed Safford '58 moved from reporting on movers and shakers to making a difference himself.

As a Washington correspondent for Newhouse National News Service in the 1960s, the Manhattan native covered such diverse topics as Congress, the assassination of President John F. Kennedy, and NASA.

While writing about the Office of Economic Opportunity, Ed decided "to get on the other side of things." He ran an anti-poverty agency in the coalfields of Eastern Kentucky for three years before returning to New York City to work for the federal government.

In 1981, Ed joined the New York City Transit Authority, where he spent 22 years crafting its operating and capital budgets. "I had grown up riding the subways, and they were in a terrible condition in the early 1980s," he said. "I was very proud to be part of the team brought in to lead the turnaround. We started a rebuilding and modernization program that is still going ahead today."

Ed's renewed contact with Colgate began when he became interested in the Picker Art Gallery. When he majored in history here, he liked the campus's intimate feel, the solid, supportive friendships he formed, and a number of "absolutely terrific" professors. "Coming back, I liked how Colgate had evolved in the last 50 years, and the direction it was going," he said. His means of supporting the University illustrates that one can be a philanthropist without being rich.

Now retired and residing on the north shore of Long Island with his wife of 41 years, Jeanne, Ed had acquired stock that had appreciated considerably but was not paying a big dividend. They also realized a considerable profit from the sale of a Brooklyn townhouse they had owned since 1970.

For the Saffords, the solution to both was giving the appreciated stock to fund two trusts with Colgate.

Ed and Jeanne receive payments from their charitable remainder annuity trust at a fixed rate of 8.25 percent for a 10-year term. That helps the Saffords live the way they want and enjoy retirement. They recently spent two months in New Zealand and Australia.

Meanwhile, their unitrust pays them income for life based on a percentage of the trust assets' fair-market value, as determined annually. The rate is lower, but they're guaranteed cash flow for life, with the possibility of the money growing.

"It's a win/win situation," explained Ed, a father of two. "By using the stock to fund the gift, we avoided capital-gain tax and we also increased our annual income. We also received a charitable income-tax deduction that was very helpful the year we sold the townhouse."

The Saffords also have the satisfaction of knowing their unrestricted gift will help Colgate's endowment. "We chose Colgate because of old ties and because it's still a small institution. Our gift can make more of a difference here," Ed said.